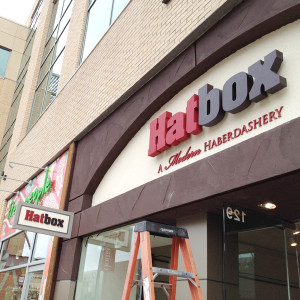 Paul & Christian at CND Signs were very easy to work with. They gave us the best price & coordinated easily with our general contractor, who has since recommended CND to other clients. After our sign was installed, they met with us (during the day and in the evening) to make sure the sign and sign lighting was exactly how we wanted it. Good folks to work with!

Learn more about the reverse channel letters and blade sign we designed for Hatbox. 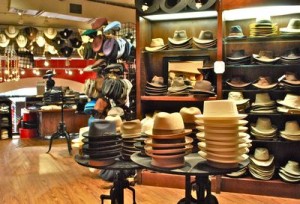 Hatbox began in the Montrose District of Houston in 1974 as “Vertigo.” After 8 years of rapid growth, Lauri Turner, the founder, moved the store to Austin and the long road to haberdashery began. For the next 20 years Vertigo went from gift retailer, to custom clothier, to accessory specialty and now, modern haberdashery.