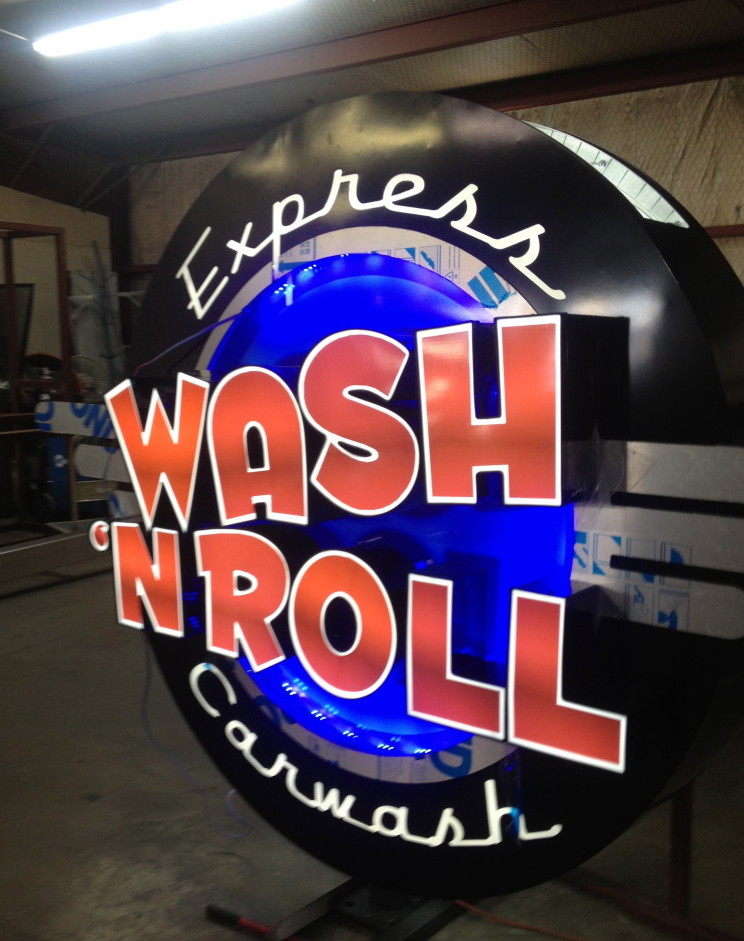 While making your way down Lakeline Blvd in Cedar Park, you’ll spot a large, towering, rotating sign for Wash N’ Roll. The sign installation almost didn’t happen. Ross McCuistion, Wash N’ Roll Managing Partner, was working with another sign company until production was halted due to the sign company’s lack of a sign permit for the project.

Paul, from CND Signs, found out about the project and reached out to Ross to make a bid for it. When Ross started working with Paul, he was impressed with Paul’s design for the sign- especially the spinning concept. Ross wanted to start construction on the sign as soon as possible. Over the course of six weeks, he was in contact with Paul often (about 10 times overall) through in-person meetings, email, and phone calls. He appreciated that Paul was easy to work with and could be reached easily. At the end of six weeks, the sign installation was complete and today the result stands in Wash N’ Roll’s lot.

Ross had worked with three other sign companies in the last five years, and he has no hesitation about contacting CND Signs for his next project. In fact, he has a new project in two to three months, so Paul should be expecting a call.